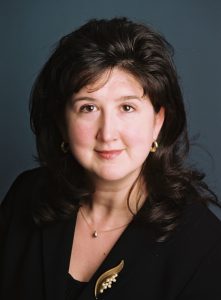 Working to Eliminate Bias, Discrimination, and Harassment in the Practice of Law

The ABA develops the Model Rules of Professional Conduct (“MRPC”) for lawyers to guide states in promulgating their rules.[1] The rules, per se, are the authority upon which discipline would be based.[2] The comments to each rule provide “guides to interpretation” of the rules.[3]

The ABA first adopted the Model Rules on August 2, 1983. In setting the boundaries for lawyers’ professional conduct, Model Rule 8.4, in its initial form, provided:

It is professional misconduct for a lawyer to:

The black letter of the rule has remained consistent until a recent amendment in 2016. Although the original text of Rule 8.4(d) mentions prejudice, it does not define that term. Yet, a comment to that Rule provided the following guidance regarding conduct that would prejudice the administration of justice:

A lawyer who, in the course of representing a client, knowingly manifests, by words or conduct, bias or prejudice based on race, sex, religion, national origin, disability, age, sexual orientation, or socioeconomic status violates paragraph (d) when such actions are prejudicial to the administration of justice. Legitimate advocacy respecting the foregoing factors does not violate paragraph (d). A trial judge’s finding that peremptory challenges were exercised on a discriminatory basis does not alone establish a violation of this rule.[4]

While this comment addresses bias or prejudice against various protected classes, its focus is only in context of 8.4(d), prejudice to the “administration of justice.”

The amendment to Rule 8.4, adopted August 8, 2016, maintains sections (a) through (f) from the previous rule and adds paragraph (g), which specifically prohibits harassment and discrimination in a lawyer’s conduct “related to the practice of law.” The amendment moves much of the language from the prior Comment 3 up into the Rule itself.  MRPC R. 8.4(g) states:

It is professional misconduct for a lawyer to:

The comments to the amended Rule answer the question, “What conduct constitutes discrimination and/or harassment?”

This same Comment explains the basis for these new limitations on lawyers’ conduct: “Discrimination and harassment by lawyers in violation of paragraph (g) undermine confidence in the legal profession and the legal system.” [7]

The Comments also explain that “conduct related to the practice of law” includes:

To be sure, the amended rule does not force a lawyer to comply with 8.4(g)’s restrictions, so long as the lawyer has a good-faith belief that no valid obligation exists and may raise a legal challenge under Rule 1.2(d).[10]

The Latest Milestone in a Long Journey

Lest one dismiss this amendment as the product of a sudden ABA political effort or a pet project by one faction within the ABA, the legislative history and prior state adoption of similar rules demonstrates that anti-bias and anti-discrimination language has a long history in the making.

Within the ABA, the dialogue dates back at least to 1994 based on a widespread concern about the effects of bias, discrimination, and harassment in the practice of law and the justice system.[11] Groups from across the ABA, including the Criminal Justice Section, Young Lawyers Division, and the Standing Committee on Ethics and Professional Responsibility, initiated language to address bias, harassment, and discrimination.[12] When their efforts to amend the Model Rule itself were not successful, they proposed anti-harassment language that was ultimately adopted as the comment in 1998.[13]

Moving ahead to 2008, the ABA identified a series of goals to serve its mission as an organization, one of them being Goal III: “Eliminate Bias and Enhance Diversity.”[14] The ABA established Commissions for each of its goals, including these for Goal III: Commission on Racial and Ethnic Diversity, Commission on Women in the Profession, Commission on Sexual Orientation and Gender Identity, and Commission on Disability Rights.[15] In 2014 those Goal III Commissions asked the Standing Committee on Ethics and Professional Responsibility to develop language addressing discrimination and harassment with the goal of moving the language from the comment into the body of the model rule itself.[16] These efforts ultimately culminated in the MRPC R. 8.4(g) and its related comments years later.

At the time MRPC R. 8.4(g) was adopted in August 2016, the ABA Standing Committee on Ethics and Professional Responsibility noted that many jurisdictions across the United States had already adopted similar language to the Rule 8.4 revision.[17] The great majority of the 598 member House of Delegates approved the amendment, with only a few opposing via voice vote; none spoke in opposition from the floor.[18]

But even more interesting is the adoption of similar rules by other states prior to the formal adoption of MRPC R. 8.4(g). 20 states already had used some or all of the ideas expressed in the Model Rule comments to cultivate similar rules prohibiting discrimination and/or harassment.[19] These states include California, Colorado, Florida, Illinois, Indiana, Iowa, Maryland, Massachusetts, Minnesota, Missouri, Nebraska, New Jersey, New Mexico, New York, North Dakota, Ohio, Oregon, Rhode Island, Washington, and Wisconsin.[20] A total of 29 states have adopted comments to their rules regarding discrimination – including 13 states that have not yet promulgated a similar rule, and two states that have declined to adopt the amended Rule (SC and TN).[21]

In addition, four states/territories have adopted MRPC R. 8.4(g) in its entirety. Vermont’s Supreme Court advisory committee met shortly after the ABA’s adoption of the new Rule, promulgated the new Rule and its comments in August 2017, and put it in effect in September 2017. [22] Vermont had previously adopted a similar rule in 1986 to address and prohibit similar discriminatory conduct, and it adopted the ABA’s version to “promote uniformity and add more detailed language.”[23] The other three jurisdictions (American Samoa, the Northern Mariana Islands, and the US Virgin Islands) followed their policy to adopt per se the most recent version of the ABA MRPC .[24]

Critics have also weighed in on the constitutional implications and concerns raised by the amended Rule. For instance, South Texas College of Law professor Josh Blackman claimed that the text of Rule 8.4(g) is not specific enough to exclude the harassment or discrimination it seeks to preclude, and instead could make “[a] single ‘harassing’ comment . . . result in discipline.”[28] UCLA School of Law Professor Eugene Volokh raised similar sentiments, pointing to several hypothetical situations wherein attorneys may be at risk for disciplinary action for engaging in social activities where their “‘verbal . . . conduct’ [may be seen as] ‘manifest[ing] bias or prejudice’ and thus as ‘harmful.’”[29]

In Matal, the Court unanimously held a federal statute unconstitutional on its face, because it allowed the punishment of “disparaging” speech.[32] More specifically, the entire Court agreed that a provision of a longstanding federal law allowing government officials to deny trademarks for terms that may “disparage or bring into contempt or disrepute” living or dead persons was unconstitutional, because “[i]t offends a bedrock First Amendment principle: Speech may not be banned on the ground that it expresses ideas that offend.”[33]  Additionally Justice Alito, writing for a plurality of the Court, noted that “[s]peech that demeans on the basis of race, ethnicity, gender, religion, age, disability, or any other similar ground is hateful; but the proudest boast of our free speech jurisprudence is that we protect the freedom to express ‘the thought that we hate.’”[34]

In NIFLA, the Supreme Court held that government restrictions on lawyers’ professional speech are subject to strict scrutiny, because they are content-based restrictions, and “such laws are presumptively unconstitutional and may be justified only if the government proves that they are narrowly tailored to serve compelling state interests.”[35] Further, the Court observed that “[t]his stringent standard reflects the fundamental principle that governments have ‘no power to restrict expression because of its message, its ideas, its subject matter, or its content.’”[36]  “This Court has not recognized ‘professional speech’ as a separate category of speech subject to different rules. Speech is not unprotected merely because it is uttered by ‘professionals.’” Although neither California nor the Ninth Circuit had presented a persuasive reason to treat professional speech differently, the Court did “not foreclose the possibility that some such reason exists.”[37]

MRPC R. 8.4(g) does not stand alone in its efforts to raise awareness and curb discriminatory and/or harassing conduct by lawyers. While the amended Rule may have challenges to its application, over half the states in the U.S. have adopted a similar rule and/or a comment related to the prohibition of discriminatory and harassing conduct by lawyers. Rule 8.4(g) and its comments set forth the expectations for lawyers’ professional conduct, whether in court, in the office, at a professional social function, or in a Bar Association or civic meeting. One of the challenges, as the constitutional law professors aptly have raised, is that lawyers may not know what form of conduct could offend another person. But Rule 8.4(g) calls for lawyers to educate themselves about reasonable standards of acceptable conduct; the rule prohibits conduct “the lawyer knows or reasonably should know is harassment or discrimination.” If nothing else, the rule is an invitation for lawyers to consider another person’s viewpoint before speaking or acting.

The ABA Forum on Construction Law is keeping attuned to the developments of Rule 8.4(g), so as to help members avoid pitfalls in practice. Even if Rule 8.4(g) itself is not adopted per se in every state, its model language has brought into the spotlight the impact of bias, harassment, and discrimination as they may arise in the practice of law. That, alone, is a positive. States may choose to adopt portions of the rule and its comments to guide the profession. Most importantly, lawyers have the opportunity to raise their awareness, seek to understand others, and be considerate of how one’s words and actions may affect others in the practice of law. Those efforts will improve lawyers’ professionalism and the profession as a whole.

16. https://www.americanbar.org/content/dam/aba/administrative/professional_responsibility/language_choice_narrative_with_appendices_final.pdf(hereinafter referred to as the “ABA Language Choice Narrative”).

Congratulations to Mark Cooper from @StateofMN Dept of Administration PTAC for the @AWCofMN service award! Thank you for your advocacy for AWC & its members!

American Society of Interior Design Shares Kristine’s Tips to Establishing... Finance and Commerce Q&A with Kristine on her deep construction roots and...
Scroll to top